I found the above quote outside a small art gallery on the delightful Greek island of Thassos. Instead of experiencing the usual cynical response to things that purport to be profound (check out some of the shared content on Linked-in!), I was - and I hope you are too, intrigued by Winnicott’s observation. These words have re-awakened a long running, unresolved internal dialogue I’ve had about improving the way we train people to communicate. Specifically, are the principles regularly espoused in communication training courses really useful or relevant?

Despite being one of the biggest - if not the biggest - issue that has demanded a solution from learning and development (L&D) organisations for many years, the canon of literature and academic content around the subject has remained mostly unchanged. Obviously the world moves on, notably in technological advancement around communication and the ensuing culture that comes with it, which does require our attention. In fact, the desire to communicate is no better evidenced than by the use of mobile devices for social media et al, demonstrating that the hunger to exchange words has never been stronger. But to focus on the common contents of training programmes, I’m not convinced that the base material was much ‘cop’ in the first place, and has only ever been of limited value and therefore by extension, training providers have only been partially effective in this field. A harsh view is that if L&D providers were properly held to account for producing substantial results in this vital area, which I think we should be, better materials and insight may have evolved sooner. Notwithstanding, in order to promote new and relevant solutions to the ever evolving challenge of communication, we first need to define - or possibly redefine - the thing that people mean, want and need, when they contemplate it. A good starting point and helpful main-stream definition is that communication is the act of conveying intended meanings, from one entity or group to another, through the use of mutually understood signs and semiotic rules (semiotic - symbols of communicative behaviour like gestures and dress etc). So how can we make this ‘act’ successful in the modern world?

The ‘…desire to communicate and the desire to hide’ provides a wonderful level of sophistication in the act; a slow release of meaning that moves us to be circumspect, to stop, think and react in a better way. Consider how great poets and lyricists give us enough transparency to know what they are talking about, yet require us to delve deeper and examine subtle subtexts and implicit messages. For the past 400 years scholars, students, actors and punters alike have relished interpreting the meaning of Shakespeare’s plays. OK we couldn’t and shouldn’t be trading subtexts when we’re working, but how good would it be if we had such an appetite to interpret what our colleagues mean and if such rigour was applied to how we communicate at work? Perhaps the Carnegian principle of being interested in others is part of the solution. After all, in one way or another, all those trillions of social media exchanges are predicated on mutual interest, with e.g. our friends on Facebook.

Theoretical explanations used in training courses such as the ubiquitous Shannon and Weaver model AKA ‘the communication cycle’ describe the process reasonably well, highlighting our need to eliminate noise in the mind (psychological) and across our five senses (semiotic), but what of the sixth sense: common sense?

Reflecting on recent courses we’ve delivered, it was curious and fascinating to hear the common sense offered by some construction site staff, lampooning management about their apparent inability to communicate. Referring to their ‘site’ communication style the construction workers said; ‘It’s not always nice and it’s not always pretty - we just tell people how it is and the job always gets done right’. This provides an interesting contrast to their white collar counterparts who are viewed as people who agonise over political correctness, who fumble their way through ‘praise sandwiches’ and flounder in the political minefield of workplace communication. Learning from this example, another likely component to be included in a new remodelled training solution should be ‘saying it like it is,’ construction style.

Conscious of keeping this article to an acceptable blog length, a quick mention of other contributory factors to the communication conundrum we should address includes:

On a constructive note, there are specialists who have evolved niche sets of communication skills that do seem to work well; the coach with his or her arsenal of questions, negotiators with their blend of assertive enquiry statements, or the solicitor with advocacy skills. But whilst we can certainly borrow bits from these more developed disciplines, where if anywhere, is the big idea? Where is the common sense solution for the majority of people, who would like to know how they can practically enhance the way they communicate?

Another clue to solving the conundrum comes from the ‘how not to do it’ camp and what happens at airports when flight delays are announced. The story is a familiar one and often gets reported in the news, with the narrative quickly migrating from the length and number of delays to the frustration of affected passengers, predictably complaining about the lack of information. Not knowing why there is a delay is the height of frustration, even if it’s a bad reason like the wing fell off! Every single person would rather know what’s happening than exist in ‘terra nullius’ even if they can’t leave terra firma. This should also include letting people know, at regular common sense intervals, when there is no new information available. Digging beneath the surface of the visible concerns many of us have around communication, it seems reasonable to conclude that the raw emotion of fear is a likely factor, for example:

Considering how much damage is done by the thoughts above and how much recovery may be needed, these negative feelings must surely inflict an attitudinal wound that will in all probability prevent us from being interested in others. This in turn destroys another opportunity to communicate… and so the cycle perpetuates.

In conflict situations communication is very often used as a political football, with both parties deliberately trading ambiguities, mischievously misinterpreting messages to escalate the conflict and thereby score points, in a childish attempt to win whilst another loses. Commenting on a rigged trial that saw the wrongful execution of his parents for spying in 1953, Robert Rosenberg recently said of the American establishment ‘Fear makes powerful people do dangerous things’ (Kim Jong-un if you’re reading this - take note) and the majority of this danger comes in the form of communication. Stakes are mercifully lower in the training room than in the court room, however we can still see trace elements of ‘dangerous things’. Consider Steven Covey’s insightful quote on the subject; ‘People are more intent on replying than listening.’ Thus, whilst the other person is still speaking, many of us plan our next lines to gain advantage, rather than comprehensively and respectfully listen to them.

There is also a weird denial thing I’ve experienced in the way we communicate in certain conflict situations. The childish ploy used in my youth by those looking for some casual violence was ‘Ere, are you looking at my girlfriend?’ The answer ‘Yes’ got you thumped, the answer ‘No’ elicited the reply ‘Not good enough for you is she?’ followed by a thumping. The fascinating thing here is that both parties knew what was going on, but neither broke the convention of pretending not to know that a Catch 22 style trap had been sprung! Perhaps I’ve strayed from the topic a little so let’s brings things home. Bearing in mind what’s been mentioned here, this blogger proposes that future training to help you ‘convey your intended meanings’ must feature some or more of the following, in order to be fit for purpose:

In addition to the regular training courses we run at radius 360, there are two specific days of communication skills scheduled for next month, so a new module is already in development. I can’t say that this module is driven by ‘the tension between a desire to communicate and a desire to hide’. I can say that we are developing it with a pragmatic urge to provide something that is overtly functional and contemporaneous to how people connect today, rather than preside over yet another outing of quaint and outdated theory.

Thanks for reading - as always your comments are very welcome. 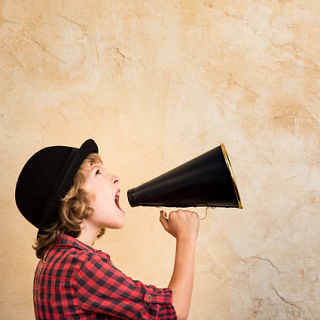